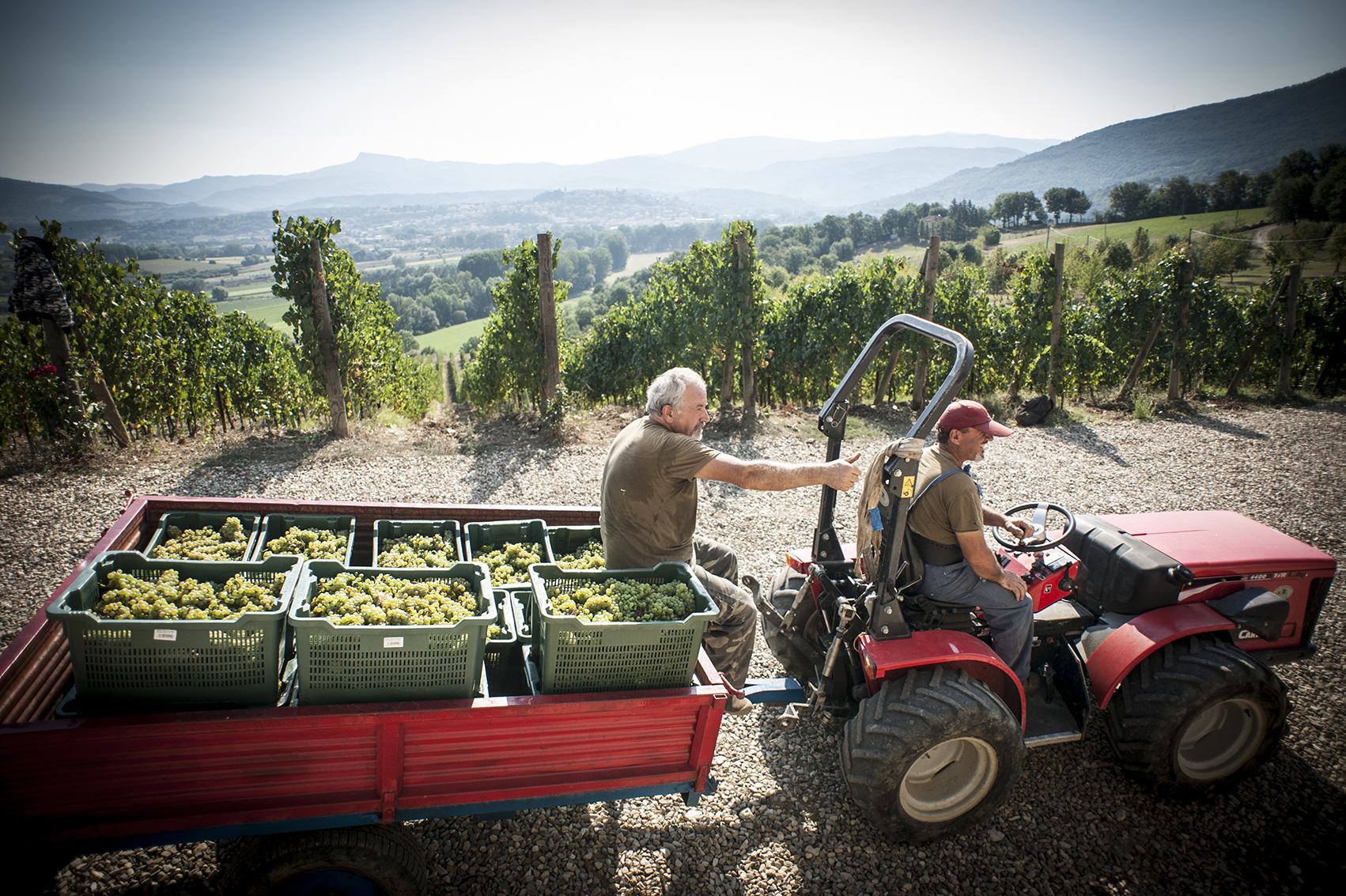 Born in Veneto from Mother Casentinese, Roberto Fregnan carries on the industrial / entrepreneurial tradition started in the first years of the last century of the Fregnan Group reaching the stars thanks to the collaboration with N.A.S.A. in 1967.

Successful industrialist who falls in love in one stroke of Maria Grazia and Casentino, the mother’s land of origin, deciding to return to the source of his passion for wine.

It is among the green Casentinesi forests that Roberto discovers he has never been so close to those stars that he has pursued with his work successes, it is in the hills surrounding Poppi, in Loc. Buiano that Roberto decides to plant the “Vigna de The Patriot “and start the project of the Cantina Fregnan

At night, walking among the company’s organic rows, one almost has the impression that the stars are delicate perlage, ready to be tasted by those who have the patience to wait for the first sip, of a wine that has been dreamed for fun and which today it represents the activity of Roberto and Maria Grazia, from passion to life.

The story that lead Roberto to create Cantina Fregnan started in 1904 in Veneto. In this period the Fregnan family was dedicated to agriculture. The head of the family was Edoardo. In the first post-war period, with the economic recovery, Dante, the son of Edoardo found the ``Officina Meccanica Dante Fregnan e Figli``.

The advent of World War II pushed Italy into a bad position. Meanwhile, Edoardo’s son Aldo was enlisted in the army stationed in the Casentino valley, thanks to his bravery he received two medals for military valor. It is in these lands near Arezzo that Aldo met Maria, his future wife, and fell in love with the territory. An area that will also be appreciated a lot by his son Roberto

After The Second World War

After the war, there was a lot to do and rebuild. Grandfather Dante gathered his family including Aldo and his wife Maria and they left Tuscany for Veneto to rebuild the activity compromised by the war. The initiative of Dante did not go unnoticed and he received the honor of Cavaliere di Vittorio Veneto.

Dante's sudden death left a great emptiness both in the hearts of the family and in the management of the activities. As a kid Roberto spent his holidays in Casentino with his maternal grandparents. There is no better place to get involved and build your own future?

The Love For Casentino

Roberto thought about it a lot before taking action. He liquidated his company and left for Casentino. Here he met Maria Grazia who became his wife and gave him a son, Aldo. It was 1967 and Roberto sniffed an economic opportunity for the Casentino area. C.A.R. opened and asserted itself at the highest levels creating the FREGNAN group

Beginning Of This Century

It is in the years 2000 that just as grandfather Dante, also Roberto is awarded with the honor of ``Cavaliere della Repubblica``. In 2008 he invests in LMC Meccanica, company that his son Aldo has been running for years.

Roberto finally devoted himself to his great passion: wine.<br /> After years of entrepreneurial struggles and success, Roberto embraced a new challenge to give birth to ``The Metodo Classico in Casentino`` by planting 7000 vines of Chardonnay and 3000 vines of Pinot Noir on the green hills near Poppi.

Thus was born Vigna del Patriota, thus the wine ``Il Patriota`` comes to life, born from an idea that embodies the energy and tenacity of a family and a territory, mirror of a history of over a century